CUTS CRC with the support of WBSEDCL is working on a pilot project titled “Consumer Assistance Cell at Grassroots (CONASC)”. Under the project CUTS will open a number of assistance cell for electricity consumers in nine districts of West Bengal viz. North Dinajpur, Malda, Murshidabad, Purulia, West Midnapore, Howrah, North 24 Parganas and Nadia. In each of the districts five group electricity supply areas were selected where such assistance cells will be formed. Main objective of the project is to from Consumer Assistance Cells (CONASC) at the sub-divisions to improve and supplement the service delivery at the grassroots with focus on improving the Grievance Redressal system of the utility service provider.

Specific objectives of the project are –

a) Build consumer capacity on the rights & responsibilities of electricity consumers, as laid down by the Electricity Act 2003 & relevant regulations.

b) Educate them on the provisions laid down in regulations regarding new & temporary connection procedures, supply quality, consumer grievance redressal mechanism, etc.

Domestic and agricultural consumers in the rural and sub-urban areas constitute the principal target group for the project. Under the project nine civil society organisations in the nine districts had been selected. CRC along with WBSEDCL trained two representatives from each of the district partners who will be in charge of the CONASC cells in their respective districts. In the next step these CSOs will organise a number of dissemination and capacity building workshops with electricity consumers. In addition these CSO representatives will also sit in the cells on a particular time and day of the week to listen to consumer complaints and guide them on how to go about a particular problem.

The project will be implemented in the following nine districts: 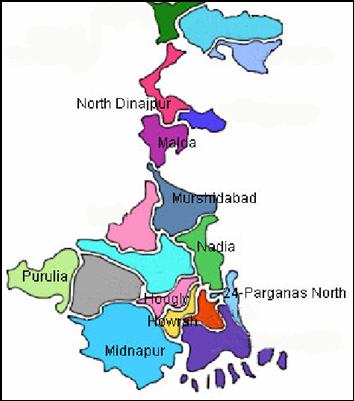 CRC organised a Training of Trainers workshop in Kolkata on October 08-09, 2010 in association with WBSEDCL. Two representatives from each of the district partners attended the workshop. Training was imparted in the participants on issues like –

P.K. Chakraborty, Ombudsman, West Bengal Electricity Regulatory Commission, and officials from WBSEDCL were part of the resource team who explained and demystified the regulations, processes and handled queries from the participants.

A series of Awareness Generation workshops were organised in the five CCCO areas under each district starting from October till December 2010. 37 such meetings were organised reaching out to around 1600 consumers in eight districts. The meeting was jointly attended by CUTS and representatives from WBSEDCL (both from the Kolkata Headquarters as well as local office).

On 27th November, 2010 a capacity building workshop with 50 electricity consumers was organised in the Chanchal subdivision of Malda district in West Bengal. It was oraganised by Chanchal Jana Kalyan Samity (district partner in Malda). Representatives from CRC as well as from WBSEDCL attended the event and also took the training sessions. 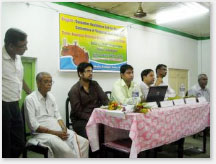 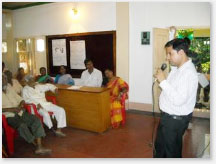 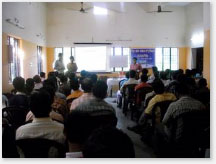 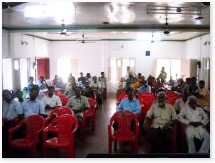